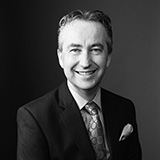 Mark has specialised in obtaining urgent injunctive relief freezing assets in Jersey for in excess of 18 years. He has obtained injunctions out of the Royal Court in less than 24 hours from instruction in more than one case and his record freezing order was US$48,000,000. Mark has also managed to obtain Norwich Pharmacal discovery on disclosure orders on the strength of information found on the internet. Most recently, he has appeared in Jensen v Jensen (2018) where numerous attempts to lift injunctions have been successfully resisted, and around 6 costs orders obtained in favour of his client.

In Mubarak, Mark made the decisive legal argument and established new law leading to enforcement, and the Court of Appeal praised him for his “… ability to respond at such short notice to the issues raised so late on behalf of the appellant; and to be able to do so with clarity, precision and thoroughness.”

Mark represented one of the siblings in the US$500 million charity dispute, Trilogy v YT.
He also represented both trustees in the case of Warren (1992) Ltd and H 1 Trust Company Limited, one of the longest running trust disputes before the Jersey courts.

Mark has also dealt with a number of insolvent trusts, including In the Matter of the Dunlop Settlement [2013].

More recently, Mark was instructed by the trustees and co-ordinated the multi jurisdictional litigation In the Matter of G Trustees re H & J Trusts [2017] JRC 162A and [2017] JRC 189, involving complex conflicts of law issues. The Trustees were successful in having foreign litigation stayed and resolved in Jersey, allowing the Trustees to dispose of trust assets for the benefit of its beneficiaries.

Mark also appeared for the Trustees in the Representation of Titris re A, B, C and D [2018] JRC 059 and its numerous related Trusts judgments, where a neutral trustee sought to manage litigation within a family.

Mark regularly lectures on trusts to London, Geneva and Zurich based law firms and has written a number of articles on the subject.

He frequently advises settlors and beneficiaries on their rights, and has been instructed on a number of occasions to provide expert evidence of Jersey law in foreign courts, such as the High Court of England & Wales.

Mark is the only Jersey Advocate to have a published work on the subject. In one particular year, he is believed to have represented one or other party in every investigation launched by the Jersey Competition Regulatory Authority (JCRA) (now CICRA). Mark has been instructed by the JCRA, the Jersey Milk Marketing Board, Condor Ferries Limited, CI Lines, the CI-Coop, Le Riche Stores, Newtel Solutions Limited, Foreshore Limited, freight and fulfilment companies against Jersey Post and various farmers in the “potato wars”. As well as investigations, Mark also advises on Mergers and Acquisitions (and whether clearance is needed).

Mark acts for both Companies and Senior Directors in respect of Unfair Dismissal, Constructive Dismissal etc. Inventive solutions are often appropriate in employment disputes, whether to find settlements or preserve rights. Recently proactive steps have been taken in one case to injunct employees from poaching clients, and in another to threaten a competitor company with Court applications to clarify the meaning of poorly drafted restrictive covenants relating to a team of employees who had just been recruited.

Planning
Mark has a successful planning practice and recently managed to obtain Holme Grown its planning permission in the long running saga with the States of Jersey planning department.

Asset Recovery and Tracing Claims
Including In the matter of the application of HSBC International Bank, in which US$1 million was recovered for the client in spite of conflicting tracing claims on the basis it was a bona fide purchaser for value without notice.

International Bankruptcy / Orders in Aid
Mark has made applications on behalf of foreign trustees in bankruptcy, for orders freezing and recovering assets and obtaining information eg. in the Representations of Nicholas Dargan, Harry Fricker, Stephen Hunt etc. He has links with UK and Australian counsel for obtaining the appropriate letter of request as a “one stop shop”. In the Representation of Anthony Warner, he made new law in 2008 by establishing that a foreign trustee in bankruptcy of a deceased does not need to obtain a grant of probate: assets in excess of Aus$3 million were recovered and paid to the trustee in this case. In the matter of the Désastre of Oceanic Trust Company (Jersey) Limited, three separate successful applications were made for the transfer of trust assets from a bankrupt trustee to new service providers. He has written articles on the subject.

Regulatory
Mark has frequently been retained by the States of Jersey Scrutiny Panels and advised on matters including the privatisation of Jersey Telecoms. He has represented the UK Financial Services Authority several times involving the recovery of assets including the reported case of FSA -v- Fraser, Lindhardt & Webb PLC.

Other
He appeared as amicus curiae in the Jersey Court of Appeal case of R -v- Green (2003), in which the Court considered the Court of Appeal (Jersey) Law, 1961 in the light of the European Convention on Human Rights and a number of practice directions were issued or amended as a result.